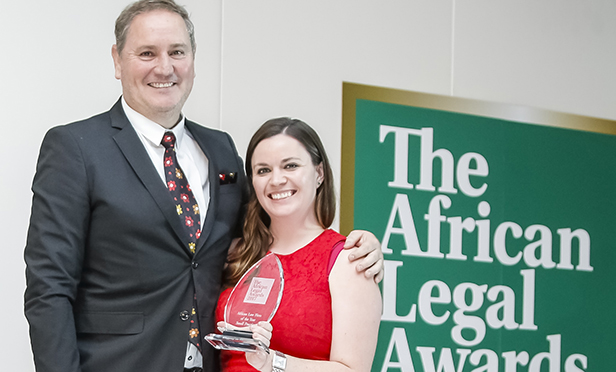 South Africa’s intriguingly named Whipping the Cat landed the African Small Practice Law Firm of the Year award for its efforts to provide an alternative legal service to small and medium-sized businesses.

Through its use of technology, Whipping the Cat (a reference to 18th century British tailors who learned their skills on Savile Row before turning their back on the establishment and doing things their own way) is able to offer clients its services at a low pre-determined fixed cost, often through its monthly retainer facility. Since its launch in 2013, the firm has seen double-digit growth from retainer clients, including burger giant McDonald’s.

Fee income increased 45% in the 12 months to February 2017, with year-to-date fee income up 21% compared to the same period last year. Much of that has been driven by growth in mid-size deals and M&A transactions, such as helping fintech startup ThisIsMe raise funds from private equity investors, and advising South African IT service provider IEIT on its acquisition of Cyberlogic.

The firm also allows its team of five lawyers the freedom and flexibility to work from home and determine their own working hours to improve their work/life balance.